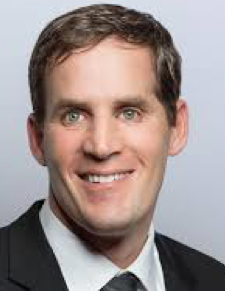 In 2005 while leading his Platoon in Mosul, Iraq, Scotty found himself in front of a suicide car bomb. After the man blew himself up, Scotty woke in Walter Reed Army Medical Center blind the rest of his life and partially paralyzed. Though questioning his faith, Scotty made a decision to forgive and rebuild his life and continue to serve in the Army.

The Army Times named Scotty its “Soldier of the Year” in 2007 and in 2008 he won an ESPY as the world’s Best Outdoor Athlete. After receiving a Master of Business Administration from Duke University, Scotty taught the core course in leadership at West Point and then commanded the Warrior Transition Unit at West Point’s Keller Army Medical Center. During this time Scotty authored his best selling memoir, Hope Unseen. Scotty is a recipient of the Army’s prestigious MacArthur Leadership Award and holds an honorary PhD from Mount Saint Mary College in Newburgh, NY. In 2010, Scotty received a Father of the Year award in New York and in 2011 received the Christopher Award for all he has given and continues to give.

Since then, Scotty has attended the Maneuver Captain Career Course in Fort Benning, Georgia then moved to Spokane, Washington where he recently retired in 2015 after his work with the Gonzaga University ROTC Department, teaching, training, and mentoring America’s future leaders.

Being inspired to challenge himself and others, Scotty joined the capital markets department with Drexel Hamilton out of New York. Scotty works with corporations and banks around the world and continues to share his story in order to bring growth and hope to this world.

Scotty and his wife Tiffany are both from Pasco, Washington and are the proud parents of Grady Douglas, Graham Elliott, and Baylor Scott.