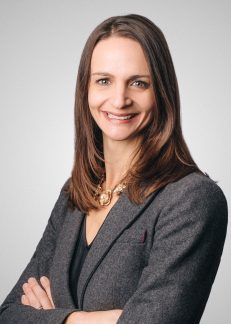 Melissa Fay joined Drexel Hamilton in 2020 to work in the Capital Markets department.  Prior to joining Drexel Hamilton, Melissa spent 8 years at General Electric working in various roles within GE Capital Corporate Treasury.  Prior to GE, she was an equity derivatives trader at Credit Suisse for 3 years.

Melissa is a graduate of the United States Naval Academy and holds a M.S. in Mechanical Engineering from The Johns Hopkins University.  After graduating from Annapolis, Melissa served as a Navy pilot flying the UH-3H Sea King helicopter, deploying overseas twice to Bahrain.  For the last 3 of her 9 years of naval service, Melissa was an Adjunct Assistant Professor at University of California, Berkeley where she was a Naval R.O.T.C instructor to undergraduates. She holds an MBA from the UC Berkeley Haas School of Business and holds Series 7, 24, 63, & 79 FINRA Licenses.  Melissa is currently on the board of the Veteran Advocacy Project, an organization that provides legal assistance to low-income veterans and their families.