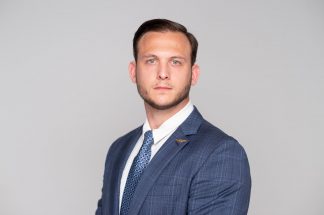 John Graziano is a transitioning service member currently working as an intern for Drexel Hamilton. He served six years as a U.S. Navy Aviation Rescue Swimmer, where he held the rank of Petty Officer 2nd Class.

His professional military experience includes back-to-back deployments served on board the USS Dwight D. Eisenhower in support of Operation Enduring Freedom, and Operation Freedom Sentinel. He spent over 15 months overseas in various regions all over the world, primarily the Middle East. During his time in the service, John flew over 800 hours in the MH-60S helicopter and qualified as both a Crew-Chief and Aerial Gunner, conducting several missions through contested waterways all over the world. John holds both a Series 7 & 63, and will be attending Columbia University in January 2023, pursuing a degree in Financial Economics.