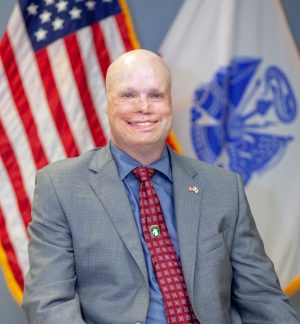 Jerry joined Drexel Hamilton in 2010 and is the Vice President of Business Development & Veteran Initiatives. Prior to Drexel Hamilton, Jerry served in the U.S. Marine Corps, U.S. National Guard, and U.S. Army over a span of nearly 20 years. Uniquely versatile and dedicated, he exceled in many capacities from Infantry to Defense Accounting, Psychological Operations as part of Special Operations, and later as an advocate for fellow wounded warriors until his medical retirement.

During Operations Desert Storm and Desert Shield, Jerry served as a Missile System Operator and Squad Leader for the Marine Corps. He later returned to Iraq during the Global War on Terror with the Army as a Psychological Operations Tactical Team Leader.

On October 29, 2005, while part of an operational convoy in Iraq, Jerry’s humvee was targeted and struck with an IED, also known as a roadside bomb, killing two of the four soldiers inside. Jerry suffered near-death injuries with extensive 4th degree burns, gunshot wounds from the firefight that immediately followed the explosion, as well as other critical injuries. While an inpatient at Brooke Army Medical Center, he received the Purple Heart from President George W. Bush. Jerry has undergone over 80 surgeries to date.

Jerry was awarded “Soldier of the Year” and “Noncommissioned Officer of the Year” four times during his military career. He also has extensive military decorations from the three military branches in which he served including a Bronze Star, Purple Heart, Joint Service Commendation Medal with “C” device, and many more.