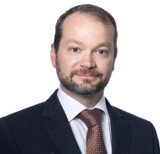 Prior to joining Drexel Hamilton last year, Mr. Burchfield was a Managing Director at Whitehall and Company, where he raised over $6 billion in project equity and debt to finance the construction and acquisition of several combined cycle power generation facilities, transmission assets, and renewable energy projects.  Mr. Burchfield was the lead banker for the Carroll County, Cricket Valley, Middletown, King’s Mountain, and Lordstown capital raises, which all are either operating or under construction.   Previously, Mr. Burchfield was an originator in WestLB’s Global Energy Group where he led the financing for over $3.5 billion in project financings in the conventional power, renewable power, oil & gas midstream, and  renewable energy sector.