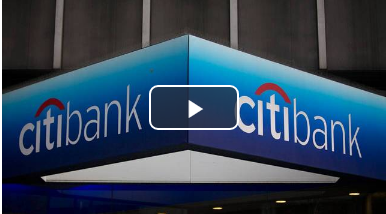 Shares of Citigroup popped more than those of most of its fellow money center banks in the aftermath of the Federal Reserve’s rate hike this week. David Hilder, bank analyst at Drexel Hamilton, said the kneejerk reaction made sense considering the concentration of Citigroup’s assets at the short end of the yield curve. ‘Citi has about $140 billion in deposits at the Fed and the rate on that just went from 25 basis points to 50 basis points. That’s an incremental $350 million a year in revenue,’ said Hilder, adding that Citigroup, down 2.4% year-to-date, is also cheaply valued at a 12% discount to tangible book value.

Staying in the mega-bank category, Hilder is positive on shares of Bank of America (BAC), which have dropped 3.3% year-to-date. Like Citigroup, he said Bank of America will also benefit from higher interest rates and it has seen its reputation improve in the past year because it has been fairly quiet on the regulatory front. ‘Overall Bank of America is continuing to bring down its expenses, especially in servicing mortgages,’ said Hilder.

Hilder said he expects shares of American Express (AXP), down 25% year-to-date, to turn around in the coming year primarily because he has faith in the company’s management to replace lost customers. The company lost a key account in Costco (COST) this year and suffered negative headlines while its rivals MasterCard (MA) and Visa (V) continued to roll. ‘American Express will have a better year in earnings 2016 and a much better year in 2017,’ said Hilder.