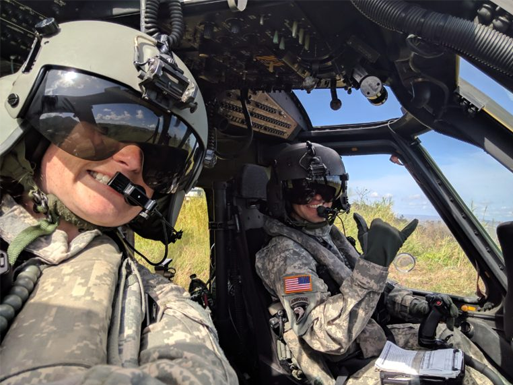 Meghan Polis shares her perspective of the state Puerto Rico in the aftermath of Hurricane Maria. Polis is a UH-60 Blackhawk Pilot with the 3-142nd Assault Helicopter Battalion in the U.S. Army National Guard (NY). From September 27th-November 3rd, 2017, she deployed to Puerto Rico to aid in relief efforts.

Electrical Power
Current estimates from the Army Corps of Engineers are that it will take anywhere from 6-9 months for most areas to restore electricity. The outer towns have gotten power back in the higher populated areas, but most other areas are still very isolated. The power they have restored is mostly intermittent and those with generators are doing well.